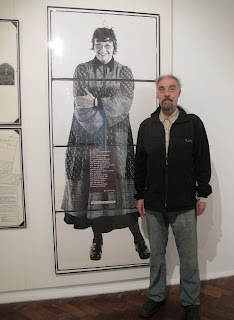 Terry Dennett, who passed away recently, would have turned 80 on 4 February. There will be a service at the Islington Crematorium, 278 High Road, East Finchley, at 11 a.m. on Wednesday 7 February.

We first met at TPW - Toronto Photographer's Workshop, at a comprehensive Jo Spence retrospective in 1997, where Terry was speaking about the legacy of her work and their collaborations. Over the next 20 years, Terry became a mentor and dear friend, always sharing his wide ranging photographic knowledge generously.


Training originally as a painter, for decades Terry worked as staff photographer at the London Zoo, where he had a colour and black & white darkroom and a 9 to 5 job. He also had, what he referred to as his second 5 to 9 job, and would regularly collaborate on projects with researchers, including Shaheed Macgregor, on Eating Rough, Sleeping Rough, a pop-up exhibition made in support of a campaign to address homelessness and raise awareness in the 1990s. 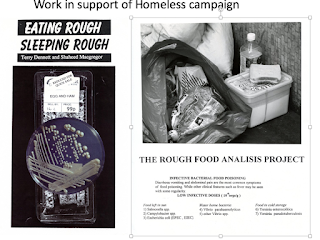 Terry was also the dedicated and tireless founder/keeper of the Jo Spence Memorial Archive which he ran for 25 years, ensuring Jo Spence' lasting legacy. Terry eventually oversaw the safe deposit of her research material, at the Toronto's Ryerson School of Image Arts Archive research centre, at London's Birkbeck institute, and also with Richard Saltoun Gallery.

Together with Jo Spence, Terry collaborated on many projects from the early 1970s onwards, including The Crisis Project, and they edited the collections Photography/Politics 1 & 2, which produced groundbreaking, political commentary on photographic practices.  He also assisted on many of Jo Spence's projects. 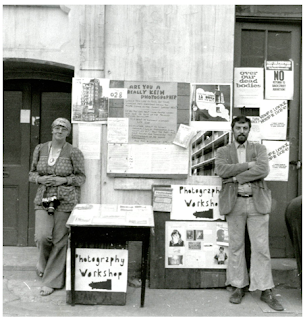 
Terry also supported the international Phototherapy community by making the archive accessible, presenting at conferences, giving talks to students (including at the University of Brighton, University of Roehampton, and in Finland on several occasions) and offering tutorials and access to archival resources freely.

It would have been wonderful to celebrate his 80th birthday together this weekend. Instead, those of you who knew Terry might wish to consider attending the service next Wednesday, or keep his memory alive in your hearts. 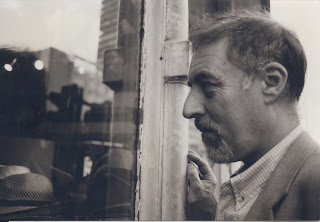 Terry Dennett in 2001 in Eastbourne

Popular posts from this blog

October 11, 2019
The Lecture Series ART-EXIT: 1939 A VERY DIFFERENT EUROPE   Ben Uri Gallery and Museum is delighted to present a special series of free evening talks at Europe House, 32 Smith Square, SW1P 3EU. These flow from the recent exhibition by the Ben Uri Research Unit, marking the contribution to art in Britain by the so-called ‘Hitler emigres’ on the 80th anniversary of the outbreak of the Second World War. Spread over consecutive Thursdays in October, a range of distinguished experts engage with topics that continue to resonate deeply within our globalised society: identity, migration, displacement and internment - and the power of art to reflect and respond to these issues. Each talk will be preceded by refreshments and followed by an audience Q&A.         REGISTER     17 October 2019, 6.30 p.m. "Collar the lot!" Artists, Aliens and Aspects of Internment in Britain c. 1940 Prof Charmian Brinson, Prof Fran Lloyd, Dr
Post a comment
Read more

Landscape from a dream: Paul Nash

November 29, 2016
'One reality leads to another with the assurance that both exist instantaneously and in the same place' - Roland Penrose, commenting, in 1938 on the landscapes of Paul Nash - currently @ TATE BRITAIN. Large comprehensive retrospective of Paul Nash's work - rich use of symbolism, metaphor and planes of vision. Dreaming trees and Aerial Creatures particularly moving.
Post a comment
Read more

'An archive is a conversation between the present and the past': Black Chronicles Photographic portraits 1862-1948 @ National Portrait Gallery

julia winckler
Started a blog in August 2015 to share links to interesting exhibitions, books, resources, events and films that I have come across that some of you may find interesting.